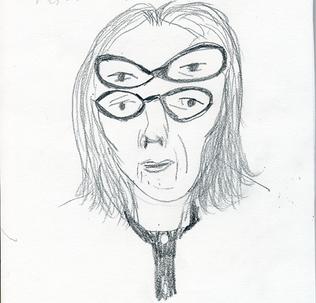 Nancy Evelyn Andrews lives on the coast of Maine, where she makes films, drawings, music, props and objects.

She has been the recipient of grants and fellowships including: the John Simon Guggenheim Foundation, LEF New England Moving Image Fund, Illinois State Arts Council, The Franklin Furnace Fund for Performance Art (supported by the Jerome Foundation and New York State Council on the Arts), and National Endowment for the Arts.

She studied at the School of the Art Institute of Chicago and received a Master of Fine Arts, and her undergraduate studies were at the Maryland Institute, College of Art, BFA. Nancy is currently on faculty at the College of the Atlantic where she teaches video making, animation, time-based arts and film studies.